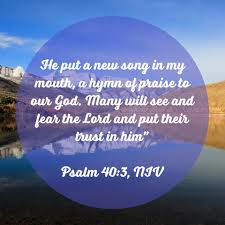 The advent of a New Year usually brings along with it fresh or renewed hope for a better year ahead; people dream or resurrect old dreams and aspirations, with the desire to see them become realities in the course of the year; but, for so many people this year, the actualization of their set objectives or dreams was a mirage.
The year 2020, has indeed been a peculiar one. Never for once, did it ever cross my mind nor the mind of so many people, that, there would come a time, when normal life’s activities would be halted by limited human interactions and the inability of people to go out and live life as usual. But in spite of all that happened in the course of the year, we are still here, and we have every reason to be thankful to God, because, only the living can dream dreams, and make plans for a better tomorrow.
You may have lost a loved one, a business opportunity, something valuable or even struggled with an issue that seems to be unending. You may have dreamt dreams in the beginning of the year, gone further ahead to put in place, plans and structures that would have facilitated and helped in translating your dreams into reality, but rather than count your blessings, you seemed to be counting your losses.
I remember the time when I used to be a member of a choir, back then in the U.K. I had absolute fun singing with my fellow choir members. But, we had a slight challenge; we didn’t have a keyboardist. Though, we had a brother who was teaching himself to play the keyboard. Most times after practicing a song, when we get to the stage, he would give us an introduction that sounded totally different from what we had practiced. But that didn’t stop us from singing. We always tried our best to pick a tune and sing through. The key may have been wrong but the song remained.
Just like in those songs we practiced before going on stage, God in the beginning of this year, declared 2020, a year of a new song. The devil has been interfering and giving us wrong notes and tunes all year long. But, let it be known that we refuse to follow that off tune of his. We will only sing the song that God has given us.
I want to encourage you not to lose heart, because, it’s still our month of new song. A new song ushers in a new beginning, which is a deviation from the old, norm or familiar. The author of the Psalm 40, quoted above must have found himself in deep waters, far from the help of man. But, he chose to call on God, and it seemed God took a while coming to his rescue. We can infer that, when he was in the horrible pit, it may have seemed to him that God had either forgotten him or not heard him; (I can imagine the kind of song he must have sang before God brought him out of the horrible pit.) yet, he waited patiently for the help of God and not man, and God arose on his behalf and rescued him.
God did for him more than he had asked for- He brought him out of the pit, established his steps on solid ground and gave him a new song. We serve a God of “turnaround”, who specializes in making the impossible possible. Don’t look at the magnitude of your challenge, look at the greatness of your God. Fix your eyes on Jesus, the Author and Perfecter of your faith. If you have been used to singing a particular song, it is time to switch gears and step up to the next level. If it’s a song of lamentation, it is time to switch to a song of praise, and if you have already started singing a song of praise, it is also time to take the tempo higher and sing high praises. It shall indeed be for you and your family, a month of new song.